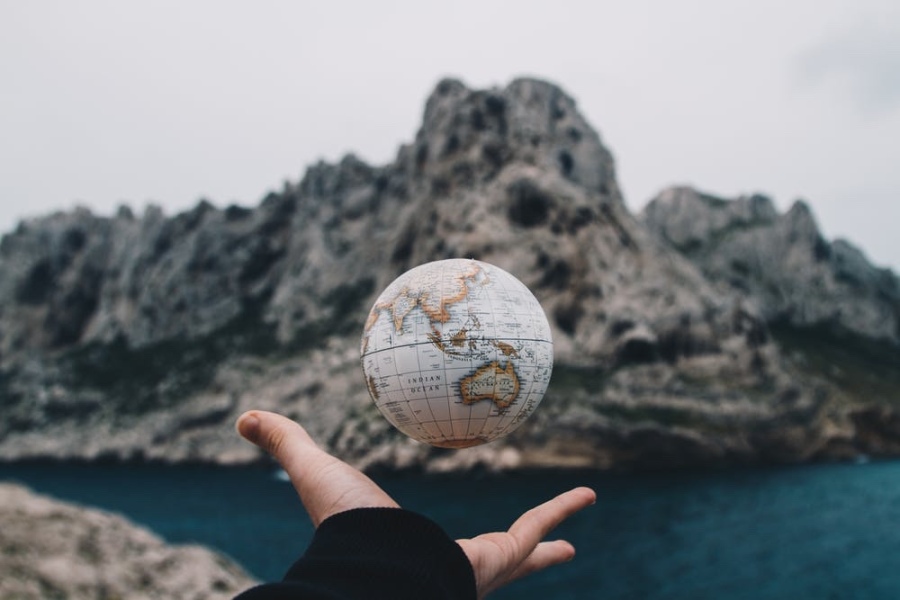 I’ve been thinking a lot lately on what it means to self-identify. The term self-identification is usually used alongside diversity and inclusion debates surrounding transgender people, but I want to strip the word down to its core meaning.

To assign a particular characteristic or categorization to oneself; describe oneself as belonging to a particular category or group.

Being a dual citizenship resident of the United Kingdom, I often referred to myself as transnational i.e not recognising any one place as my home country, not considering any nation as a “base“ or “headquarters“ if you will. It was simply too difficult to define “home” when for me, home was so many places. Every first, second and perhaps even third generation person can relate to the struggle of not knowing how to answer when hit with the question: “where are you from?”

And for a long time, my answer would be London. Especially when I got to university in a town outside of London in which everyone had come from different places, cities, counties, countries. But when their questions went from “where are you from?” to “no, where are you really from?” I began to realise perhaps one of my most important revelations to date: I am not British. At least I wasn’t in the eyes of the individual posing the question.

Let me get this one thing straight: I was born and had been raised in Britain my whole life. My mother was born in Britain. We have never lived anywhere else. My grandmother has been living in Britain since she was in primary school. And my great grandmother has been here since her late 20s. As you can see, my family (on my ma’s side) has been here for a very long time. And if you were to ask them, they would probably identify as British. But if you’re asking me, I think it’s safe to say that I have established a base now. My headquarters have finally been defined. I have a place that I now consider my home country. And it’s with a heavy heart that I declare to the Gary’s, Dave’s and Stacey’s that unfortunately, it’s not grey UK. Sadly, it’s not bangers-and-mash Britain. Regrettably, it’s not unseasoned England.

It was second year when I transitioned from a transnational business to a multinational business. And unironically, it was second year when I started going through my weird third eye opening, I’m-not-black-I’m-an-Israelite, pro-black metamorphosis. And while I’m not that radical with it now, my pro-blackness phase never really ended. So much so that as well as investing in my Nigerian heritage, I started learning about my Kenyan heritage from my mother’s side as well. And as I came to wake up to the fact that I was spread on both the West and East of Africa, I also began to acknowledge that there was simply no room in my heart for Great Britain anymore.

So don’t get me wrong. If you have a red passport and you consider yourself British, by all means you are British. But my red passport doesn’t make accepting a British identity obligatory. Because I’m not going to lie, J Hus said if it walks like an opp and talks like an opp, it must be an opp and I haven’t forgotten about how the Reds invaded our land, created imaginary borders and gave us languages we didn’t ask for nor need. And on the topic of “we haven’t forgotten”, you lot wake up and choose cancel culture everyday so why haven’t you cancelled the UK yet…

As per my Instagram poll yesterday, I will no longer be signing off my posts as Kyra-Ann (because where did the Ann actually come from anyway, like that’s not even on my birth certificate). From now on, on this platform and all my other writing platforms, I will be paying ode to my Nigerian-Kenyan identity.

So however you choose to identify, remember that you hold the pen that writes the story of your life.

photo dump one time
Maybe we can take a cruise and listen to The Roots
I been drunk on myself for a while now ♡︎
Wait, what did you say?
How do you catch a cloud and pin it down?
Enjoy these for the next 24 hours at the request of @esthairx @babygirlblogger_ and @_abenax who beat me in the hardest bible quiz I’ve ever taken part in 🌚(they do get progressively worse as you swipe)
Loading Comments...
Comment
×
%d bloggers like this: